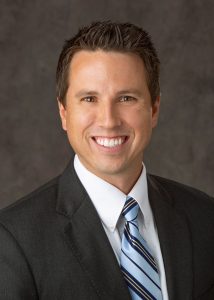 Justin has broad experience across the energy industry value chain over 12 years working in the industry. He has completed assignments in refining, chemical manufacturing, gas gathering and processing, and crude oil storage and transportation. He has direct industry experience in economic modelling, project feasibility and execution, construction contracts and disputes, and due diligence.

Justin began his career with ExxonMobil Refining supporting operations in the company’s Beaumont petrochemical complex. Between 2007 and 2013, he held engineering positions associated with the Catalytic Reforming Complex, Coker Unit, and Fuels Production Units, as well as business management positions as NGL, Utilities & Power Coordinator, and Aromatics Coordinator and Economist.

In 2015, Justin moved up the oil and gas value chain into the midstream sector. As Manager of Natural Gas Engineering and Project Management at Hiland Partners (Hiland), he led the development of Hiland’s midstream infrastructure to support the growth in upstream operations in the Bakken shale play in North Dakota. During his tenure at Hiland, the company was acquired by Kinder Morgan and Justin transitioned to become the Manager of Kinder’s Midstream Project Management Group.
Justin left Kinder Morgan to join a growing midstream venture, CP Energy LLC (CP) in 2017. As Director of Engineering and Pipeline Operations, he led the pipeline design, engineering, construction, and commissioning as well as operations and maintenance activities for CP. Development activities included pipeline, gathering, and storage assets for crude oil and gas produced from the expanding STACK play in the U.S. Mid-Continent.
Justin joined Pearson Adair in 2019 and draws on his diverse experiences in the midstream and downstream sectors to provides analyses of both technical and economic issues and advise clients regarding interests in the energy sector.