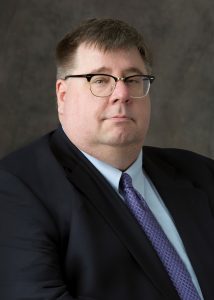 Carl began his career in the oil and gas industry in 1988 with ARCO Oil and Gas Company, where he worked as an Engineer in the Materials Technology Group diagnosing corrosion and water treating issues in upstream production facilities. In 1989, he became a plant engineer at a large gas processing facility in Crane County, Texas, where he was responsible for the support of various gas processing units and gas compression facilities.

In 1990, Carl moved to Conoco Inc. where he began working as a Process Engineer in the Process Engineering Division. He developed conceptual designs for onshore production facilities and pipelines to process and transport high paraffin crude oil in arctic environments. He was assigned to the Conoco Netherlands subsidiary where he performed general process troubleshooting and optimization, technical service work, and project economic analysis for the Kotter and Logger offshore platforms. Carl then moved to an assignment as Process Engineer on the gas offtake team, responsible for evaluating alternatives for transporting and processing gas from the Britannia field on the UK Continental Shelf.

In 1994, Carl relocated to Dubai, United Arab Emirates (UAE), where he was seconded by Conoco as a Project/Facilities Engineer with Dubai Petroleum Company. In this role, he was responsible for performance testing equipment, evaluating expansion projects and performing a rebuild on a fire-damaged offshore platform.

In 1998, Carl assumed the role of Development Engineer with Conoco Middle East Limited, based in Dubai. In this role, he provided technical and project support to evaluate asset acquisition opportunities in the UAE, Qatar and Syria.

In 2003, Carl became the Leader of New Developments in the Cuu Long Joint Operating Company, where he was responsible for providing concept selection and economic evaluation of all major projects. As part of this effort, he and his team developed the Development and Production plans and worked closely with various governmental bodies and partner organizations to obtain approvals for these plans and for developing Field Development Plans.

In 2009, Carl became Project Manager for the Su Tu Nau field, a multi-platform shallow water oil field development. He was responsible for leading a team through concept selection, pre-project planning, and scoping and bidding of the Front-End Engineering Design contract. He relinquished his role in mid-2012 when Conoco sold the Vietnam assets.

In 2013, Carl became a Project Specialist for Denbury Resources. In this role, he was responsible for completing construction and the start-up of a major gas plant designed to recover methane and crude helium from a high-acid gas feed stream. He completed a study to determine the cost and schedule to upgrade the existing gas plant with a Selexol process designed to recover carbon dioxide (CO2) and reject hydrogen sulfide (H2S) from the feed gas.