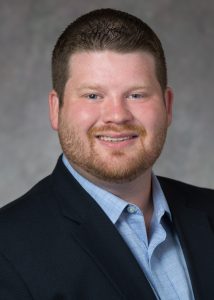 David began his career in the midstream energy industry in 2011 with The Williams Companies in Tulsa, Oklahoma. His assignments included a three-year rotation in the Williams Professional Development Program (PDP) with one-year assignments in Strategic Processing and Optimization, Project Management at the Larose Gas Plant and Paradis Fractionator, and NGL and PetChem Project Development Group. While completing the PDP, David was responsible for process modeling and troubleshooting for cryogenic gas plants across the company, completion of Front End Engineering Design (FEED) studies in the Marcellus Shale and Utica Shale, and optimization studies at existing Williams processing and fractionation facilities.

In 2015, David joined the legacy Access Company purchased by Williams. As a member of the Access Engineering and Construction group, David was responsible for gathering compressor facility design and construction. Over the next year, he completed design and constructed a compressor facility in the North Marcellus Shale. Subsequently, David became part of an Access initiative called Gas Compression 2015 (GC15) which focused on the creation of a fully skid-mounted compressor facility that was repeatable. David assisted with design of the GC15 project and also worked on Transco pipeline, performing MAOP validations for PHMSA.

In May 2016, David joined Pearson Adair & Co. where he continues to utilize his midstream oil and gas knowledge to assist clients with interests in the energy industry.