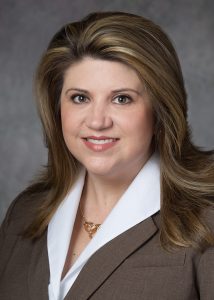 Christie Bridges has over 15 years of experience in the energy industry focused primarily in the areas of accounting, finance, commercial analysis, and GIS Analytics. She began her career at Williams where she was responsible for asset accounting for Transco Pipeline.

Since her transition to consulting in 2005, Christie has been involved in a variety of oil and gas projects including property tax litigation, business interruption claims, royalty disputes, and acquisition due diligence. She assists consultants with researching, procuring, and analyzing data as well as the development of economic models, report exhibits, and trial demonstratives.

Christie is also responsible for the firms Geographic Information System (GIS) Analytics. This rapidly growing field of geospatial technology allows her to visualize, analyze, and interpret large amounts of data to understand relationships, patterns, and trends. This skill set has been instrumental in a variety of projects including a pipeline construction dispute in Australia where she provided support in the defense of scope of work variation claims. By reviewing metadata and attributes of shapefiles and geodatabases, she was able to analyze and integrate spatial data to determine conditions at the time of construction.